A Brief Guide About The Ball Valve 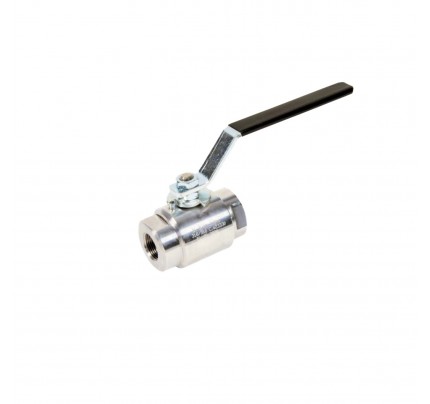 A ball valve is a type of valve that controls hydraulic flow by stopping and starting the flow with the support of a revolving ball that has holes. A ball valve is usually rotated 90 degrees around its axis to open and close. This is one of the most frequently used valve types.

Ball valves can be used with liquid or gas services. Due to their long lifespan and reliable sealing across that lifespan, they are used in the petrochemical, chemical, and oil and gas sectors. Even vacuum and cryogenic applications can also use ball valves. Ball valves, which were invented about 1936 and are available in a wide range of sizes, are among the cheapest valves. A variety of fluids, gases, and other substances can be directed, modulated, and guided by mechanical components known as ball valves. For a range of uses, there are several ball valve kinds and designs, but they all share the same basic parts.

Ball valves are occasionally used as control valves since they are inexpensive, however, they are not preferred because they don’t provide precise control and changes.

The floating ball valves float. The balls may cause a certain displacement when the medium pressure is applied, pressing firmly against the outlet end’s sealing surface to guarantee that the outlet end is sealed. The floating ball valves have a straightforward design and effective sealing capabilities, but the working medium’s strain on the sphere is entirely transferred to the outlet sealing ring. As a result, it is important to think about whether the sealing ring’s material can handle the operating stress of the spherical media. The sphere may move when hit by a collision with more pressure. Ball valves with medium and low pressure often have this configuration. Floating ball valves are appropriate for most industrial applications.

After being pushed, the balls of the ball valves are fixed and do not move. Floating seats are included with fixed ball valves. The seat will move after the medium has applied pressure, pressing the sealing ring firmly against the sphere to guarantee to seal. The upper and lower shafts of the sphere often have bearings attached, and the working torque is minimal, making it ideal for high-pressure and large-diameter valves.

In order to reduce the working torque of the ball valves and improve the durability of the seal, oil-sealed ball valves, in which a specific lubricating oil is injected between the sealing surfaces to produce an oil film, have become more common in recent years. This decreases operating torque while simultaneously enhancing sealing performance. It works best with large-caliber, high-pressure ball valves.

The orbital ball valves’ balls are elastic. The sealing-specific pressure is quite high, and both the ball and the valve seat sealing ring are composed of metal components. Since the medium’s pressure is insufficient to achieve proper sealing, external force must be used. High-temperature and high-pressure media can use this valve.

The V ball valve is a single-seat sealed ball valve that is fixed. Ball valves provide the best adjustment performance, uniform flow characteristics, and an adjustable ratio of up to 100:1. For media containing fibers, tiny solid particles, slurry, and other media, it is especially ideal because of the shearing action between its V-shaped incision and the metal valve seat.

T-type and L-type three-way ball valves are available. The T type may connect three orthogonal pipelines by cutting off the third channel, which can split and combine. Only two orthogonal pipes can be connected by an L-shape; a third pipe cannot be kept in communication with the other two at the same time. It just serves as a conduit.